Former law professor turned musician and composer Adrian Younge has released a trio of projects meant to trace the Black experience and racism in America. The main component is a 26-track conceptual album called “The American Negro,” he also released a 4 part podcast where he talks to artists in the Black community and he just released a short film called “TAN in his studio in Los Angeles on Saturday, March 20, 2021. (Photo by Keith Birmingham, Pasadena Star-News/ SCNG) 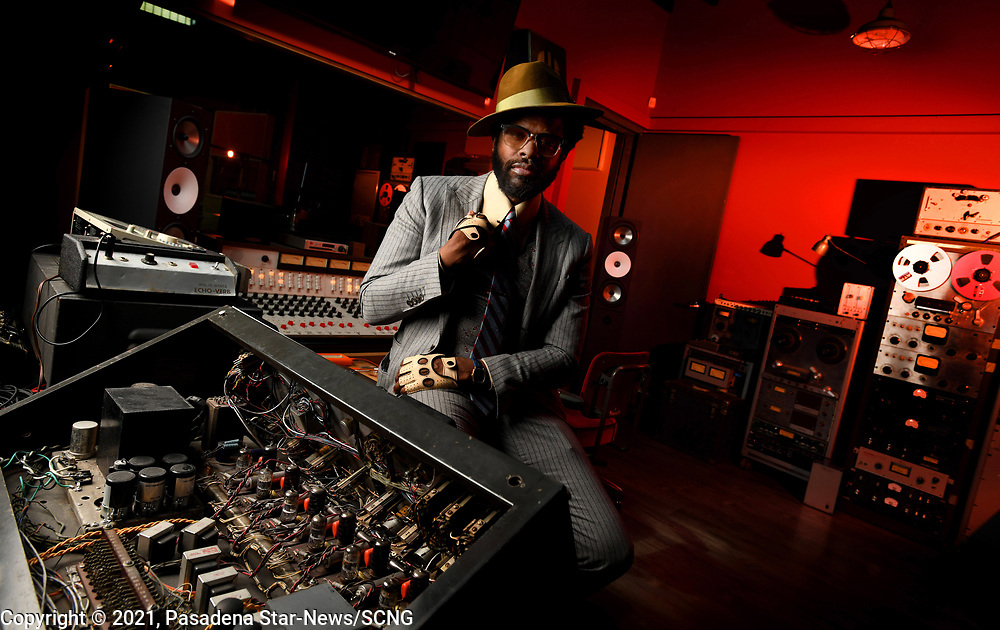